Tuberous begonias are such lovely flowers. Their colours are so vibrant and they’re usually pretty easy to take care of.  Well, after years of gardening I’ve learned that it’s definitely not an exact science.

For example, this year I wanted to put a display in the door that, eons ago, used to be the old post office door (our house is 122 years young). It’s right at the front of the house, facing north, and sticks out like a sore thumb. So I thought I’d use my sometimes green thumb and pretty it up with some red tuberous begonias. I’ve had great luck with them before in large planters on this same side of the house, which doesn’t get any direct sunlight.

This is about two weeks after they were first planted in the pots using Miracle Grow Potting Soil. See the one in the middle. It looks okay here right? A little smaller than the rest, but still okay. 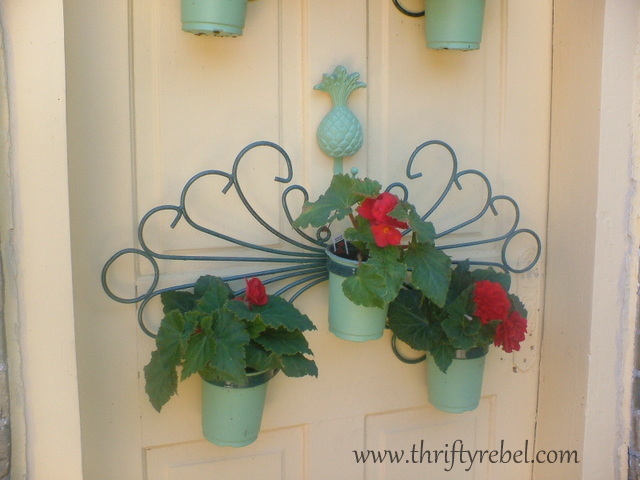 Here’s the door to nowhere (to the old drop off post office) right beside our kitchen’s front porch. It’s walled in on the inside to what is now a kitchen closet/pantry. 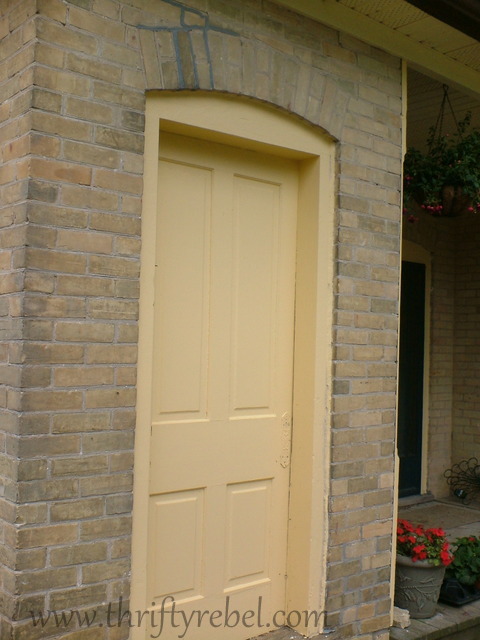 The pots the begonias came in were too small for the spots in the plant holders, so I used 6 plastic pots that I saved from some annuals I bought last year. I spray painted them and the pineapple hooks – which were originally gold- green. 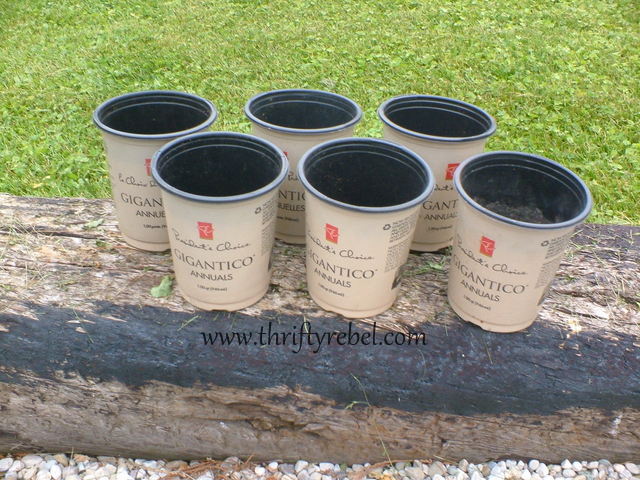 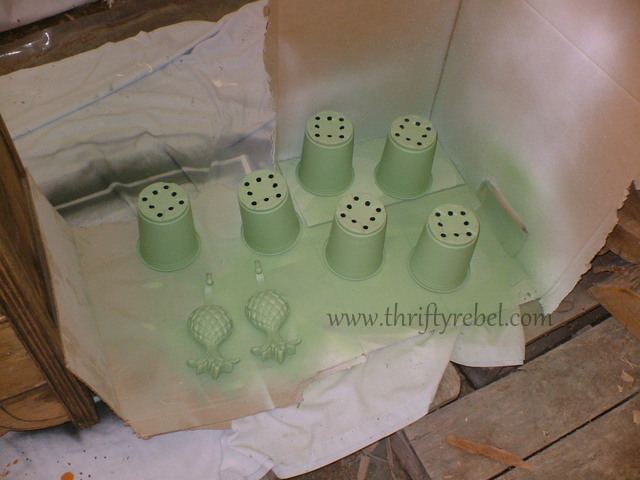 I like the dark green of the original plant holder so I left them just the way I found them at the thrift store.
Here are both plant holders a few weeks later. 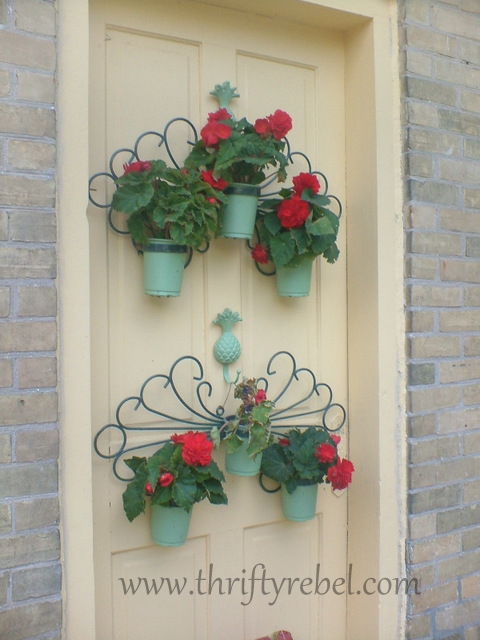 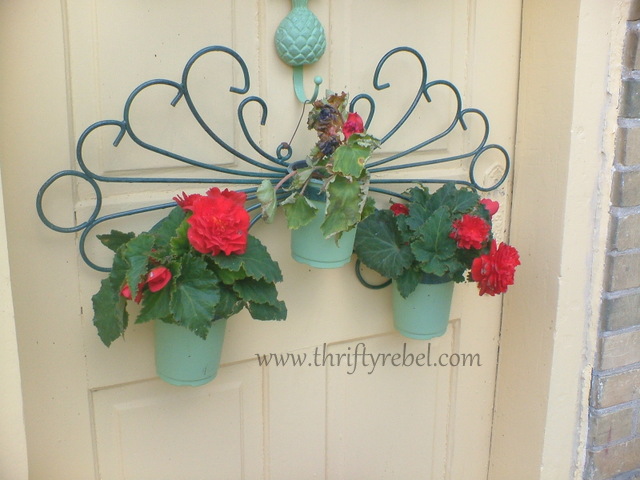 Isn’t it strange that I treated all six begonias exactly the same way and five of them have turned out beautifully, and the sixth? Well, you can see for yourself.

This just proves that sometimes it doesn’t matter how much experience you have, things can still and will go wrong.

Now I’ve got to head out to the nursery to see if they have any of these red begonias left (or yellow or pink or white). I guess I’ll take whatever they have. Beggars can’t be choosers. LOL. Wish me luck!