This week I think I brought home the most unusual thing that I’ve ever found. It was in the Father’s Day section at my local thrift store. Not sure why.

I picked it up right away while I thought about whether or not I was going to buy it. 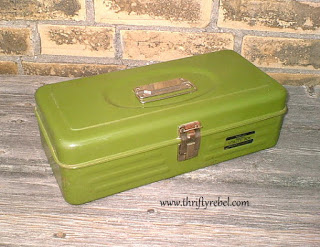 It wasn’t this fabulous green vintage metal box, although I’ve never seen one of these before in my neck of the thrifting woods. 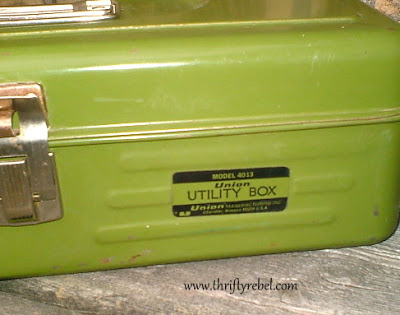 As you can see it’s a Union Utility Box.
I’m not sure if there was originally a tray inside, but there isn’t in this one. 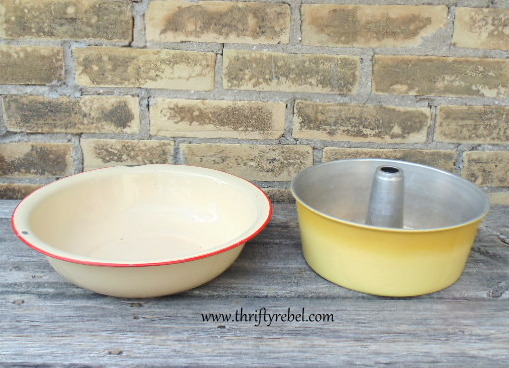 Even though I love them both it wasn’t this very large red-edged enamel bowl, or this bundt pan with its removeable centre. 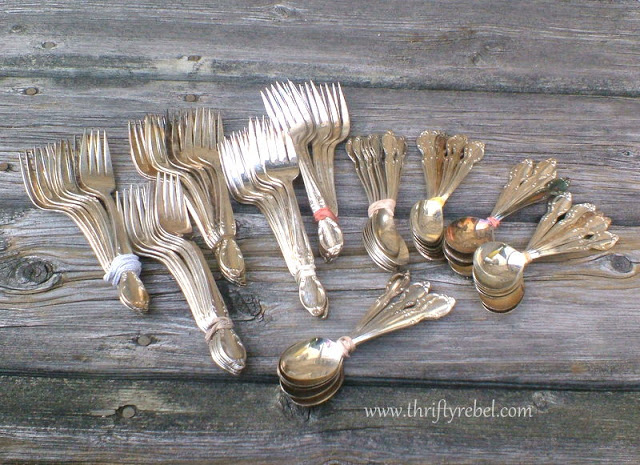 It wasn’t even all this silverware that I found in the same Wm Rogers pattern. I’m usually finding odds and ends. This is forty forks and forty teaspoons… all matching. Yay!!

Every spoon and fork has a maple leaf on the back of the handle. I was told this is vintage Air Canada silverware. 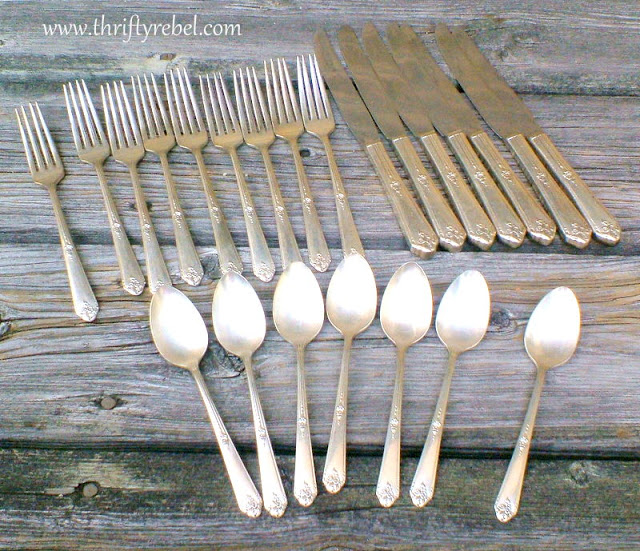 And it wasn’t the fact that I found even another set of silverware, 9 forks, 7 teaspoons, and 7 knives… all in the same Oneida Community Tudorplate pattern. Yay! Yay!

No, it wasn’t any of those things.

It was Polly.
Polly who you ask? 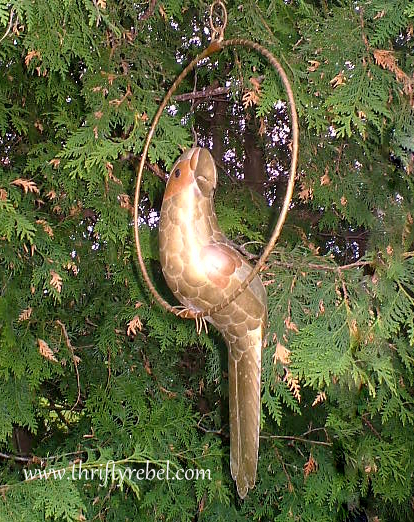 Polly, the vintage life size brass and copper parrot. Not a very imaginative name I know, but it popped into my head as soon as I saw her so it stuck.

Have you ever seen such a thing? I sure haven’t.

While I was wandering around the thrift store I saw some customers looking quite curiously at me.

They were either jealous that I picked Polly up before them, or they were wondering who this crazy lady was walking around the store with a brass parrot dangling from her fingertips. 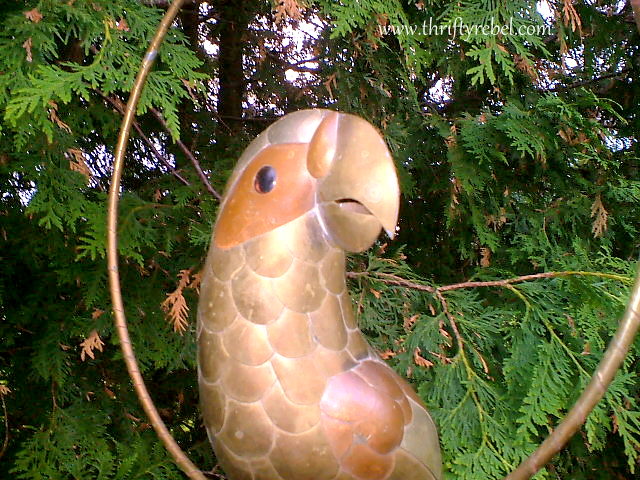 When I did some research I discovered that there was a famous Mexican artist named Sergio Bustamante who made brass parrot sculptures very similar to this one in the 1960s. So Polly was most likely made the same decade I was.

Apparently Bustamante’s trademark was the twisted rope look of the brass circle.

She is unsigned, but some of them were. 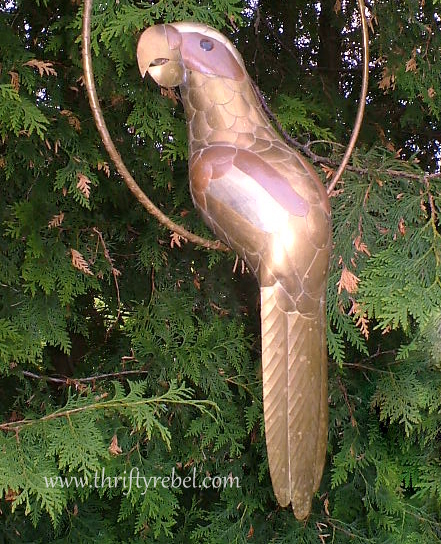 There’s one very similar to Polly on ebay right now for $300, except it has some silver as well. It’s unsigned just like her. Signed ones, of course, go for significantly more.

But it’s also possible, and most probable, that she was made by someone else in the Bustamante style. Even so, she’s pretty cool and most definitely worth much more than I paid for her… even though she’s missing a toe. Probably some battle wound from her former life as a pirate companion. lol.

I picture her swinging on a lovely covered porch somewhere where it’s nice and warm all year long. She’s going to need a new home at some point, but I’m hanging onto her for a little while. Maybe just until winter, and then I’ll happily release her for her flight down south.

Keep on keepin’ on!
XOX