Skip to content
Believe it or not this is me standing on about 18″ of snow. The top layer is a thick frozen crust, and I only sank through in a few spots. Unlike the roads, the snow wasn’t slippery at all… just hard. 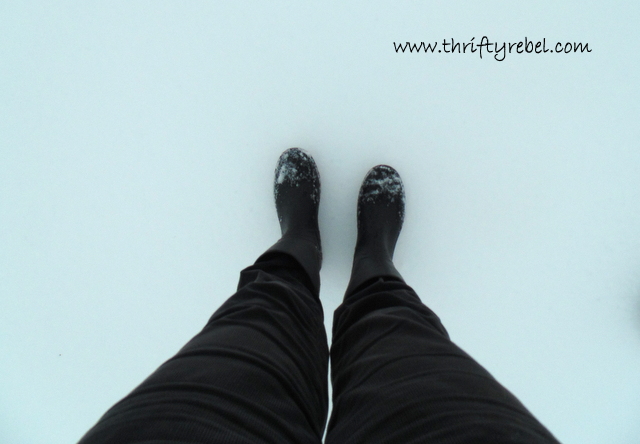 I’ve been missing in action for the past week or so because I’ve been feeling under the weather. I pretty much came home from work each day and just crashed.

I haven’t even turned my computer on more than a time or two, and now I find myself behind on my blog reading and I do so enjoy seeing what everyone is up to. It’s only been a week, but I really have missed being in touch.
I started feeling back to my old self yesterday, just in time for the freezing rain. I ventured outside today to take some pics.

The snow that came before the freezing rain is completely frozen in place on the roof tops. 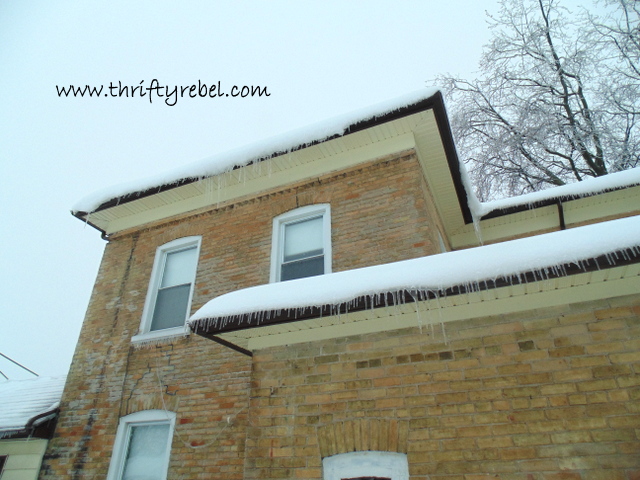 While I was out taking pictures I started hearing popping sounds, and hundreds of pieces of ice from the huge maple tree started falling off in small icicle-like chunks. And for a couple of hours it was literally raining ice cubes.

Luckily, we only had one medium sized branch come down from this giant tree. 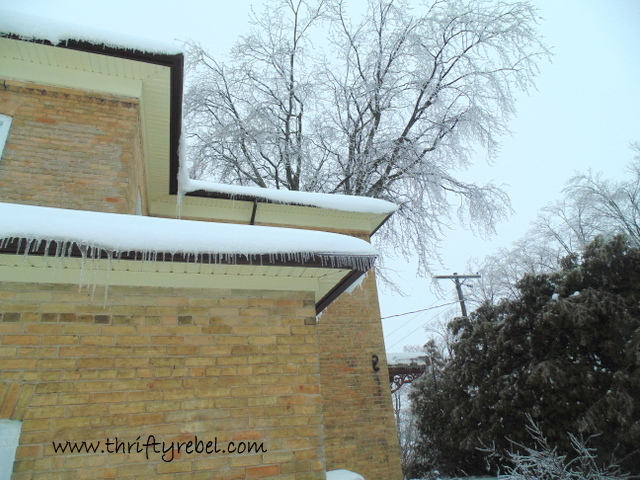 Here’s our corkscrew willow tree in the backyard that I absolutely love.

Hopefully it bounces back OK. 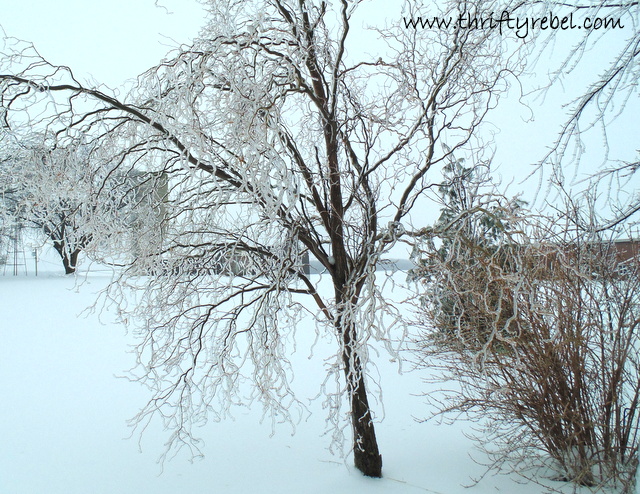 Here’s a close up of one of our birches. The ice was anywhere between 1/2″ to 3/4″ thick pretty much everywhere. 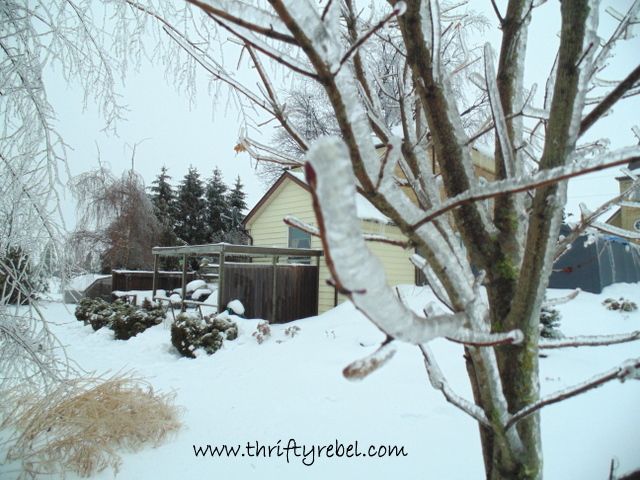 Everything was just frozen in place.

The sheet plastic walls of my homemade greenhouse in the distance became so thick with ice that they looked like glass.

I walked down the pathway here, but there are no footprints. 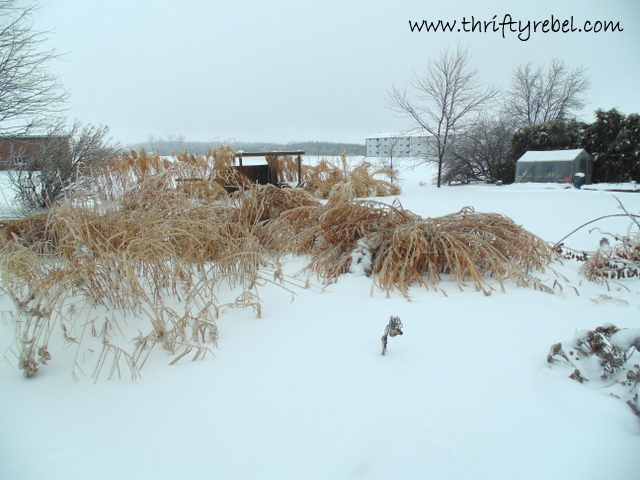 When trees and bushes are covered with this thick ice it’s best to leave them alone. Trying to free them can often do more harm than good.

The only chance they have is to bounce back on their own. 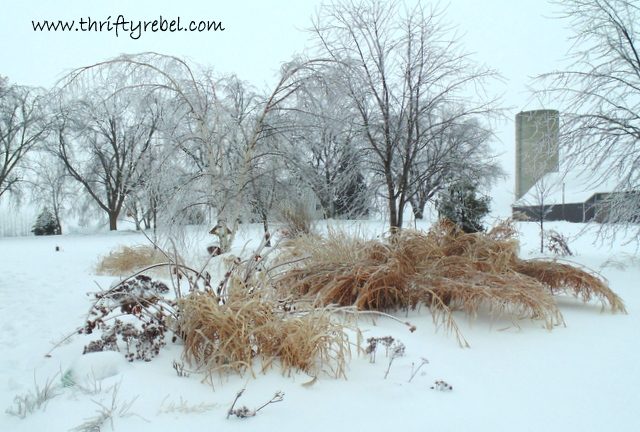 Yesterday we broke the first round of snow and ice off these globe cedars, but today they were covered again.

This time with just ice, so we had to leave them be. 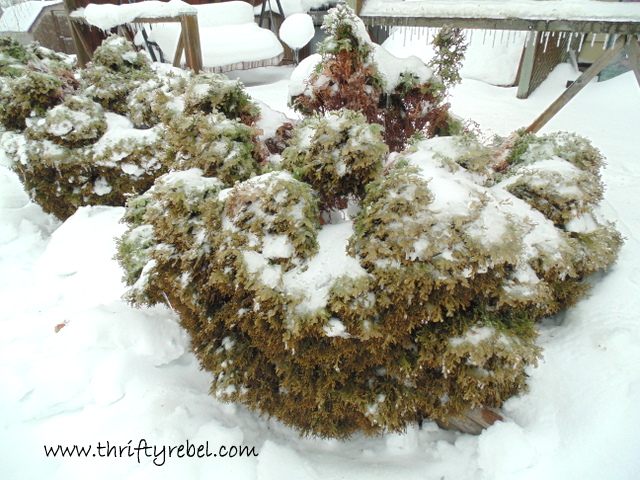 But in almost every situation there’s some beauty to be found. 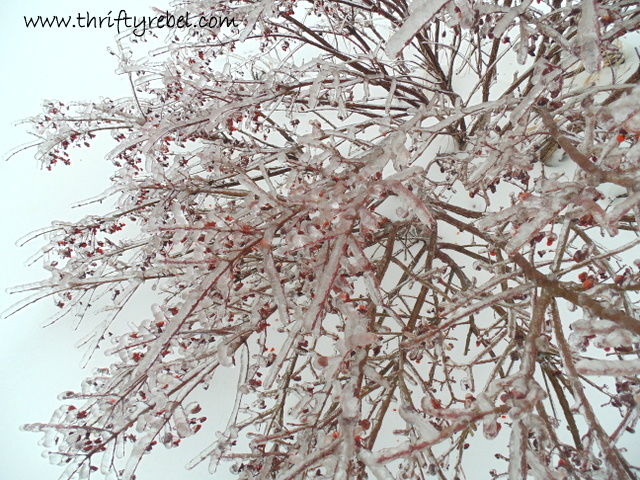 It was only after we had freed our vehicles from the thick layer of ice that completely covered them that I decided to take pictures. I wish I had thought of it before. The ice was so thick we could hardly believe it.

Just imagine the thick ice on the burning bush above all over your vehicle, and I mean all over. But even with all this we were not hit as badly as other areas, and we didn’t lose power except for a few blips.

We were supposed to go to my Mother’s place in Toronto (about 2 hours away) for my family Christmas this weekend, but we all decided we had better listen to the weather report and cancel. My brother and his family live in Montreal, and would have had a treacherous drive. We definitely made the right decision, and I’m grateful that we are all safe and sound in our own homes.

Unfortunately my mother and sister have been without power since the wee hours this morning, and there are so many without power in the city that it may not be back for a few days. But they were well prepared and are perfectly safe, and have firewood and a wood stove to keep them warm.

I hope you’re all keeping safe and warm too. 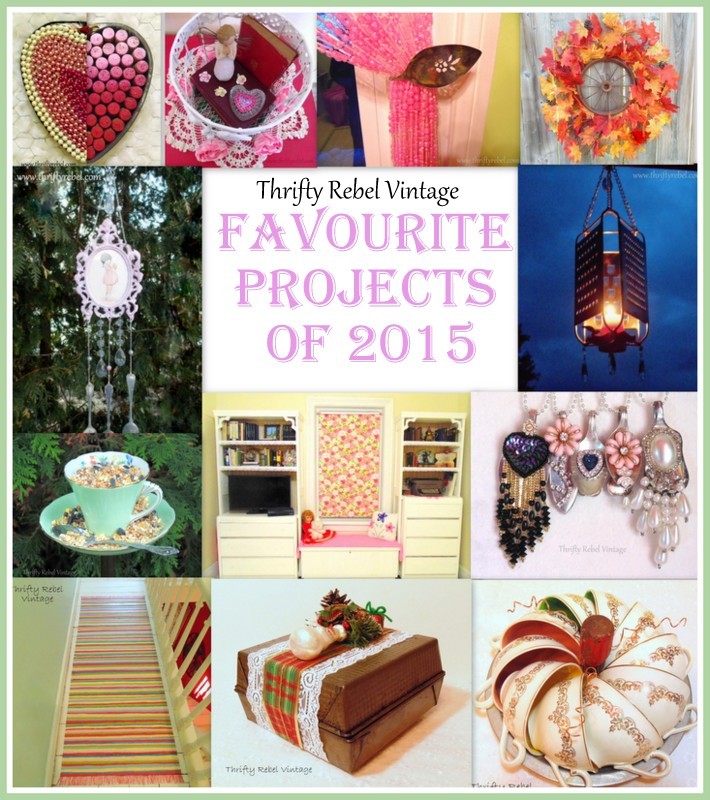 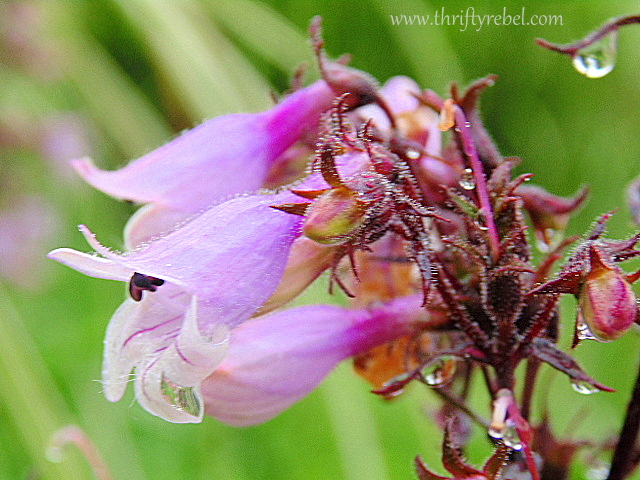 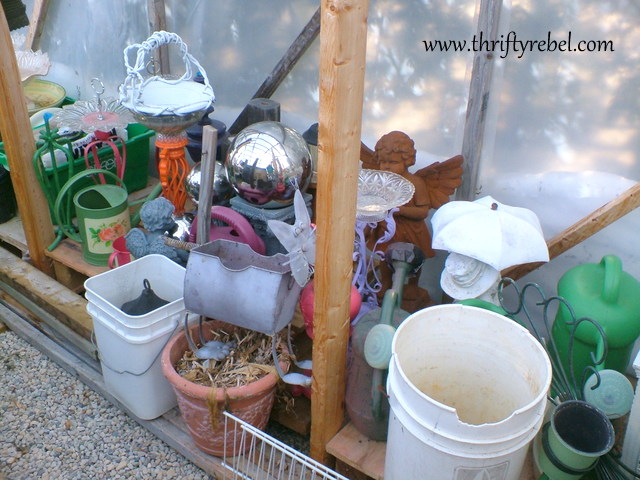