You are here: Home / Home Decor / Shabby Chic Vintage Clock Makeover
10shares
Say hello to my accidentally shabby chic clock.
Why accidental?
Well, you’ll hear about that in a minute. 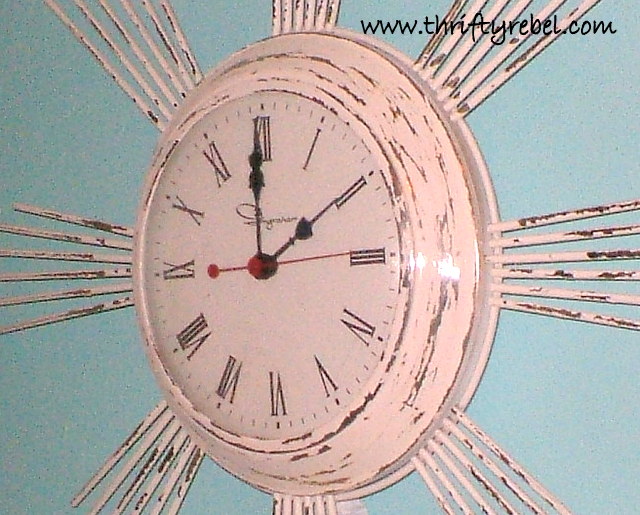 Here’s the way it looked when I showed it to you in my Thrifted Finds post last Friday. It’s a vintage Ingraham art deco star burst clock that still works. 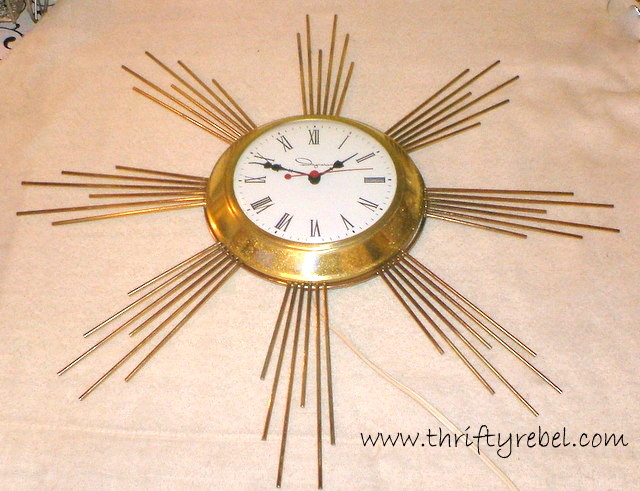 It was in great shape… except for the gold finish, which was worn in a few places.

It was definitely ready for a new look.

So I taped off the clock face and took it out to the garage to spray paint it with a lovely white paint and primer combo. I chose white because most rooms in my house are painted a colour, so this clock could go in any one of them. 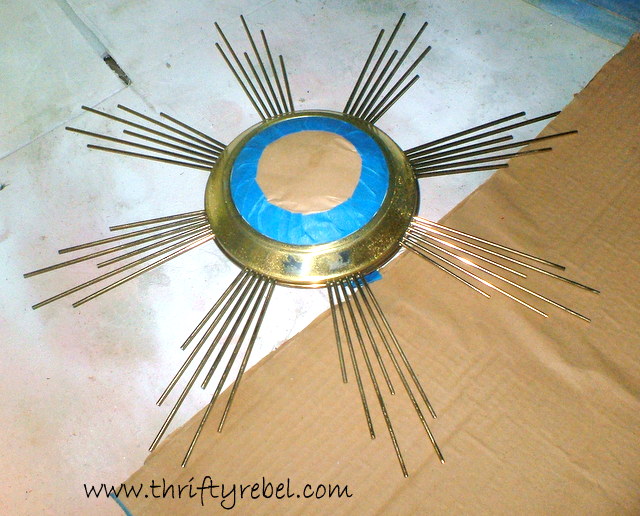 Here’s the accidental part… when I took off the tape there was a little spray paint here and there that got under the tape around the edges of the face. 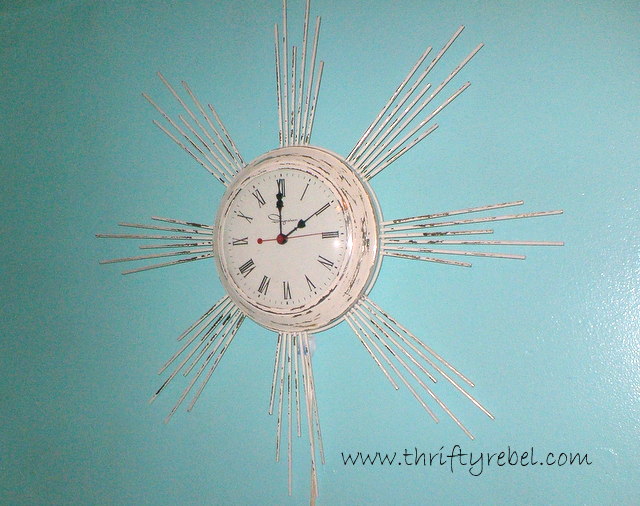 I rubbed my fingernail against the edges to remove the paint, and accidentally removed some of the paint on the frame as well. 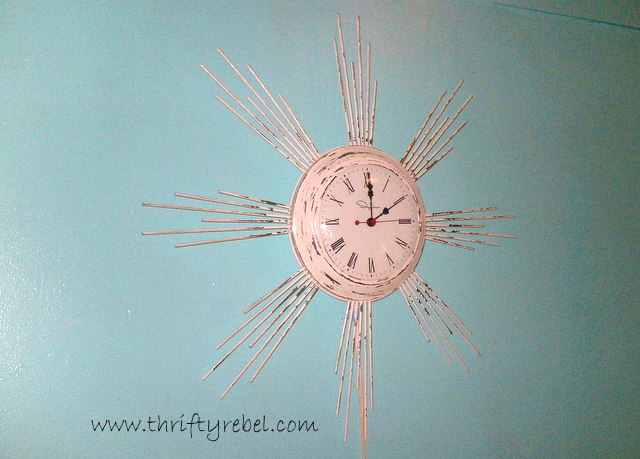 I have to admit that I panicked for a second… and there may or may not have been an expletive heard if anyone else was around to hear it. 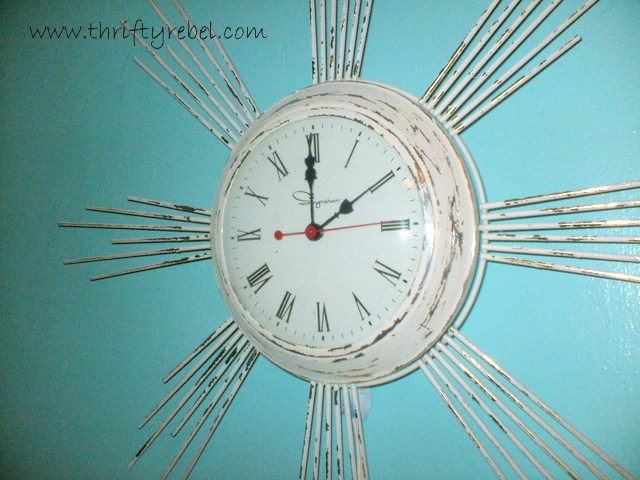 But, thankfully, no one was… and I quickly regrouped, got myself some fine grit sandpaper, and decided to just go with it.

What was the worst that could happen?

I wouldn’t like it, and would have to repaint? There are worse things than that. 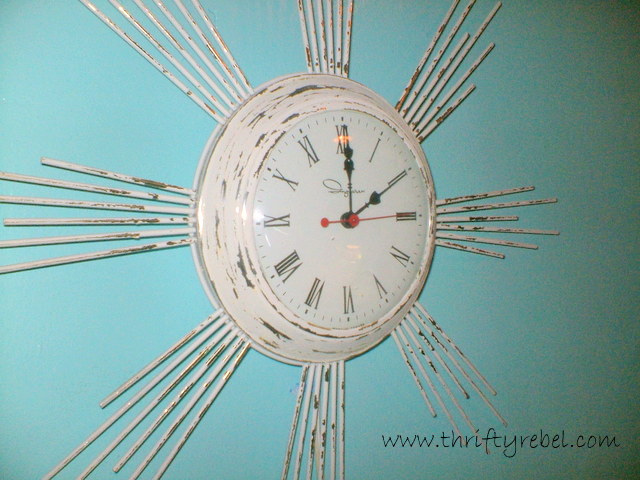 So it’s lucky that it turns out that I love the shabby chic look… even the accidental kind.

Wasn’t penicillin invented by accident? OK, that’s a bit of a stretch comparison… but I’m just saying that not all good things started out as Plan A.

Sometimes an accidental Plan B turns out to be better. Much better.

Hey there, I’m Tuula, and welcome to Color Me Thrifty. My blog is all about sharing affordable DIY home and garden projects that will help you create a home that smiles with a budget that doesn’t make you frown. You don’t need a lot of money to create a home that you love. Read more here.

10shares
This web site uses cookies to ensure you get the best experience on our website. Learn More